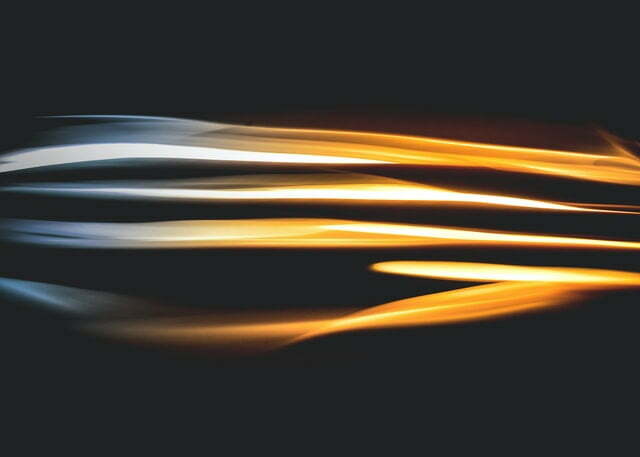 We deal with a ton of stress in our life. There are the ones people are commonly aware of, such as emotional stress and mental stress. In my mind, those types of stress we can control by the way we respond to the stressors. Which, of course, is easier said than done. I can speak from experience.

However, we have a more challenging time controlling environmental stress and geopathic stress without some outside assistance. The natural effects of cosmic and earth-energy radiation, coupled with our human inventions that release harmful emissions, create a stressful environment for our bodies.

Every day the amount of carrier waves required for wireless communication on earth is increasing. These electromagnetic waves are thousands of times stronger than the waves our body cells use to communicate. Even those who avoid technology feel these effects because it permeates our atmosphere.

Our immune systems continuously try to correct the disruption caused by the carrier waves to the transfer of information within our body.

There are many solutions out there to help with mitigating these stressors. You have electromagnetic field (EMF) protection stickers that you can stick on your device. Modalities like feng shui can help you create better flows of energy interactions in your home.

BioGeometry goes beyond your average EMF protection. It works within various energy systems to bring balance and harmony to our inner and outer environments. Unlike feng shui, BioGeometry solutions factor in dynamic living energy systems and are tailored to your specific circumstances to introduce natural balance.

On the official BioGeometry website, BioGeometry is defined as, “the patented science of using the energy principles of shape to qualitatively balance biological energy systems and harmonize their interactions with the environment. Balancing the activities of daily life, achieving harmony with our inner and outer environments, humanizing modern technology, and integrating science and spirituality is the work of the science of BioGeometry.”

BioGeometry utilizes the “Energy of Shape” to produce a certain vibrational quality that balances energy fields. This can be accomplished through sound, shapes, colors, movement, and orientation.

As a student of BioGeometry, I have learned about the theory behind this practice. It is very sound and well-researched. I suggest you sign up for one of their classes or listen to the many podcasts to dive deeper into the theory because I’m not going to go too in-depth in this article.

The revolutionary science of BioGeometry was founded by Egyptian scholar Dr. Ibrahim Karim in 1968. An Egyptian architect and scientist, Dr. Ibrahim Karim always had a fascination with Ancient Egypt. Karim was inspired by the knowledge that the ancients possessed.

Karim studied the ancient architecture and culture of the Egyptians heavily in his early career. He was later introduced to the French system of physical radiesthia, which has roots in Ancient Egypt.

In a talk for the Theophysical Society, Karim describes the origins for the term “BioGeometry.” He said that in ancient Egypt, they had to survey the land every year after the Nile’s annual floods. The term “metry” refers to measurements, while “geo” refers to the Earth. Ibrahim Karim coined added “bio” to the term “geometry” because “bio” means life. In the science of BioGeometry, we measure the different energy qualities contained within the life force of the earth.

Many of BioGeometry’s principles are based on the harmonious effects of sacred power spots and subtle energy. Animals and early humans were much more in tune with this idea than modern civilization recognizes. They would gravitate towards the naturally occurring sacred power spots and remain close for their centering energy effects to achieve a natural balance. They naturally avoided areas that caused geopathic stress. The earliest humans would place a special rock in that location to mark it and amplify those different energy qualities. As time progressed, that rock turned into obelisks, statues, and eventually places of worship.

As more and more of us complain of mental health issues, going back to our energy balancing roots could be a great start!

Once Dr. Karim discovered physical radiesthesia, it gave him the tools he’d been missing to study the effects of the subtle energy principles that defined these sacred power spots. In radiesthesia, you use calibrated instruments to measure vibrational fields, to measure interactions with the environment, and the function of this energy.

Similarly, BioGeometry involves using a variety of calibrated instruments to measure energy balancing qualities involved and detect a particular energy quality called BG3, which produces the beneficial and centering energy effects found in sacred power spots. BG3 involves three specific energy qualities:  negative green, a higher harmonic of ultra-violet, and a higher harmonic of gold. If something has these energy qualities involved, it is considered to have BG3 and produce its positive effects.

BioGeometry solutions utilize these shapes along with other techniques such as sound, color, movement, energetic centers, and orientation.

You can find a ton of research and applications of BioGeometry on their official website and elsewhere. Here are some of my favorite examples.

In 2002, Mobile telecommunications provider Swisscom installed an antenna in a church in the rural town of Hemberg, Switzerland.

Residents started to complain of feeling ill and experiencing effects such as sleeplessness, headache, and distraction. What’s more, they noticed that the local birds had all flown away.

Everyone connected this change with the recent installation of the antenna. It became evident that the people were being affected by electromagnetic fields (EMF).

It became a tough situation all around. Mobile telecommunications provider Swisscom had acted within the legal requirements of what could be installed in a city. However, the local residents were very disgruntled.

They needed a solution that would address the harmful effects of the electromagnetic fields, but not take down the new antenna.

Dr. Ibrahim Karim and his team evaluated the situation and discussed it with all the relevant parties.

In addition to the effects of the mobile antenna, Karim found a lot of earth radiation and electrical installations in the low-frequency range in addition to the electromagnetic radiation he was brought in for. With those varying disturbances, Karim found it hard to find the direct cause. Instead, he decided to focus on helping the people in the long term rather than trying to pinpoint one specific issue or blame everything on electromagnetic fields. He focused on energy balancing the town by promoting the highly beneficial BG3 energy.

Karim installed geometrical forms on the antenna cables inside the church and the affected people’s homes. Because the antenna would have the greatest impact, it was chosen as the primary conductor of BioGeometrical energy. Additionally, the work inside the homes improved the antenna’s effect. The project took six days to complete.

The results were overwhelmingly positive. People now sleep better, have fewer headaches, are less aggressive, and have more energy. They also say that the birds and bats that had moved away for a year returned.

Over time, Dr. Karim monitored the Hemberg situation and sent them refined versions of the geometrical forms. To this day, the residents are happy.

The Swiss National TV Channel and other news organizations reported on this situation.

Telcom networks should look into Biogeometry’s scientific research to take note to help alleviate the damage of electromagnetic radiation and electromagnetic fields! They have a lot of power over our energy fields and could actually do a lot to contribute to energy balancing instead of disruption through the science of Biogeometry.

One BioGeometry research project in Egypt involved seeing if the science of BioGeometry could allow farmers to raise chickens without chemicals and the use of animal or fish by-products in the chicken feed.

They used the BioGeometry technique of color placement to harmonize energy interactions within the environment of the chickens.

Using a small control group, they omitted all forms of chemicals such as tranquilizers, antibiotics, vaccinations, and hormones. After 35 days, the chickens on which BioGeometry was used had already reached their target weight. 10 days ahead of schedule! Normally it takes 45 days to reach the ideal weight.

Lower costs for the farmers and a healthier product for the consumer.

In 1999, they decided to do an experiment on apple orchards to see if they could produce chemical-free apples. The results consisted of a significant decrease in parasite infections in the apples.

The experiments produced an ecological balance within the apple trees that raised the immunity of the trees so that they could naturally drive the parasites to their proper place without exterminating beneficial bacteria. These apples yielded a much-improved color, smell, and taste.

The apples had a longer shelf life without the need for irradiation. The yield per acre increased as well.

Again, lower costs for the farmer, improved interactions with the environment, and better produce for the consumer!

How BioGeometry Can Help You

You can experience the benefits of BioGeometry both on a personal level and within your home. Without needing to work with a practitioner, there are a couple of products that you can order to help you.

There’s the home balancing kit that provides you with the BioGeometry cube that you can set up inside your home and creates a balancing effect in your space.

There’s a pendant that you can order to wear that will help balance your personal energy system.

To go a bit deeper, speak with a student of BioGeometry (like myself) or hire a home practitioner.

How can I learn more about BioGeometry?

Aside from Dr. Ibrahim Karim’s books, you can learn more about BioGeometry on the official website and through the various interviews that the Karim family has done.

Order Dr. Karim’s first book, Back to a Future for Mankind: BioGeometry on Amazon. His second book BioGeometry Signatures is also on Amazon.

You can also study BioGeometry directly with official instructors.

There are multiple levels of BioGeometry that you can study. First, you start off as a student of BioGeometry, and then you can progress to the licensed home practitioner level if you so desire.

As a student of BioGeometry, you learn all about the theory behind the science of BioGeometry and certain applications of BioGeometry. There’s a Foundation Level and an Advanced Level. I’ve done both.

Foundation is probably the most overwhelming because there’s so much to learn. You learn about the modern science of BioGeomtry, different energy qualities, the three specific energy qualities that make up the beneficial BG3 energy quality, electromagnetic fields, the physics of quality, subtle energy principles, industrial design, natural dynamics, resonant and harmonic effects, earth energy grids, interactions with the environment, and energetic centers.

After completing Advanced, you have to attend an applied skills workshop before starting your training to become a BioGeometry Environmental Home Solutions (BG-EHS) Practitioner. In this training, you go really deep into learning to introduce natural balance into homes. You work closely with Earth energy grids and environmental energy harmonization to address environmental energy disturbances.

The modern science of BioGeometry is unlike many other systems out there. It’s a fascinating mix of scientific research with more abstract energetical work.

The techniques in BioGeometry work with the natural dynamics of the environment to provide balance and promote the highly beneficial BG3 energy quality. This subtle energy practice works to help mitigate the harmful effects of earth radiation and geopathic stress.

It’s a tool we need in our modern civilization to bring back harmony and introduce natural balance in today’s world. BioGeometry benefits all living systems. 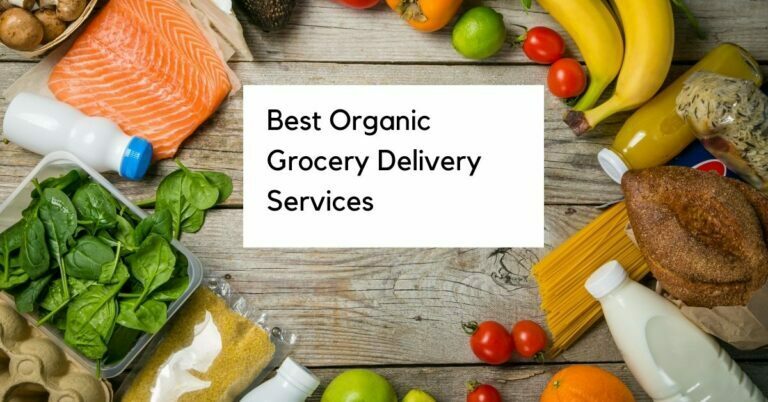 Organic food is the way to go for anyone who wants to protect their health, conserve resources, support sustainable agriculture practices, and maintain biodiversity in our ecosystem! There are many reasons to choose organic food, but some of the most… 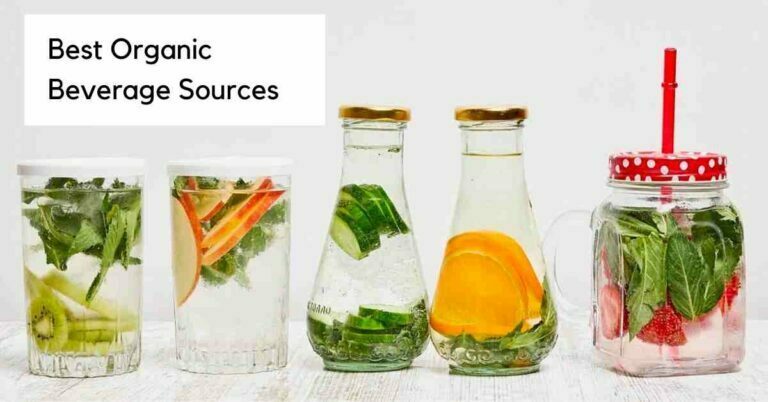 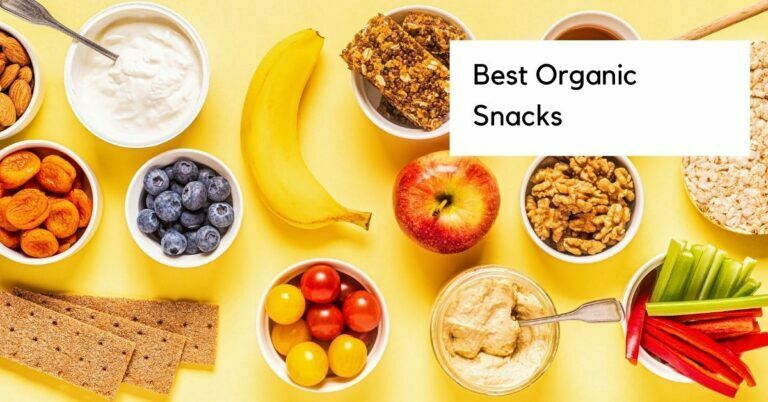 Who doesn’t need a good healthy snack in their life? Whether you are at work and need something to give you the energy to get through the day or you’re on your way to drop the kids off at baseball…