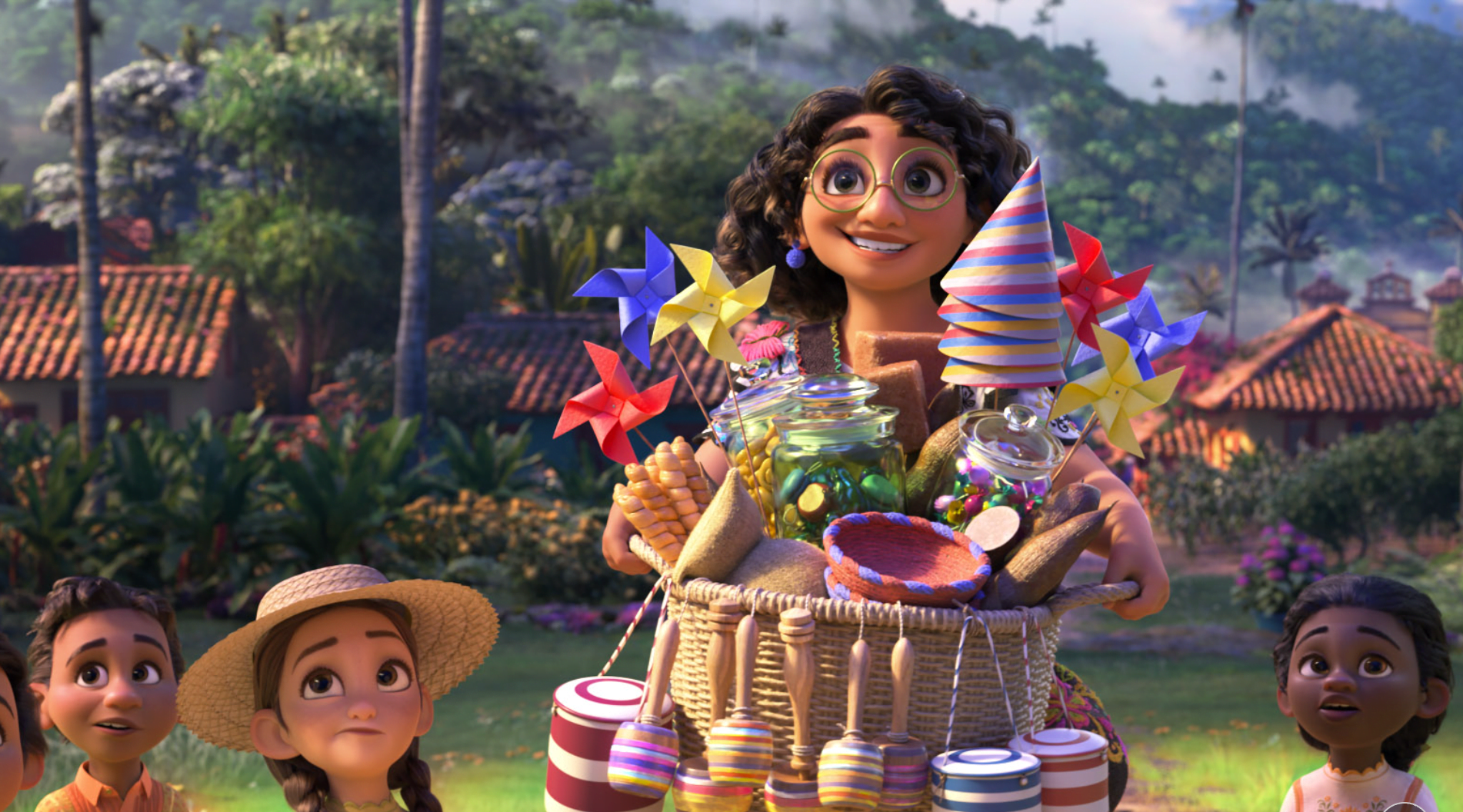 When I read the description for the movie, Encanto, the way I pictured the movie was very different than how it actually panned out.

Walt Disney Animation Studios’ “Encanto” tells the tale of an extraordinary family, the Madrigals, who live hidden in the mountains of Colombia, in a magical house, in a vibrant town, in a wondrous, charmed place called an Encanto. The magic of the Encanto has blessed every child in the family with a unique gift from super strength to the power to heal—every child except one, Mirabel (voice of Stephanie Beatriz). But when she discovers that the magic surrounding the Encanto is in danger, Mirabel decides that she, the only ordinary Madrigal, might just be her exceptional family’s last hope.

I envisioned some kind of mystical threat on the family that perhaps took away their powers or made everyone with magic ill somehow.

I expected a big bad plot. A villain.

What actually happened was quite different and I am 100% okay with it.

Welcome to the family, Madrigal!

The Madrigal family are all blessed with these magical powers. Yet despite all of their abilities, they are very human. Abuela (grandma) is the matriarch of the family. She’s the first one to discover the family’s magic while on the run from invaders to her original village. The source of the magic comes from the candle she carried in her escape. Her husband sacrificed himself to save the rest of the runaways, including his wife and children.

While the movie doesn’t explicitly say this, I believe that act of love instigated the magic thereby protecting his people and bestowing magical gifts upon his descendants. From the movie, I didn’t see Abuela having any particular gifts aside from being the matriarch and decision maker. Though it was her prayer and act of desperation that infused the candle with magic.

The movie goes through Maribel’s relationship with all of her family members, but mostly focused on those closest to her. As she tries to discover the problem with the magic, she learns about the flaws in her family, the chinks in the front they put up, and helps each of them work through it.

Her power is to see the problems and not run away from them.

The other family members all want everything to be perfect. But since Maribel herself isn’t perfect — she didn’t get her powers after all — she’s able to confront the imperfection.

We don’t talk about Bruno

Uncle Bruno has the unfortunate power of foresight into the future. It made him rather unpopular with the family. The first part of the movie insinuates him to be a darker figure. One kind of at odds with the family. A bit of an evil sorcerer almost.

Until Maribel actually meets him and learns that he loves his family so much that he still watches over them. He goes from being a sinister character to a sympathetic one.

Maribel’s older sisters both try to be perfect in their own ways. There’s Isabel, the perfectly beautiful sister. There’s the strong sister, who always feels like she has to be strong and never vulnerable. They both have their own songs where they express this doubt and go through their own personal development arcs.

Dissention: the true cause of the magic going away

There’s no villain in this movie. There are just flawed, human beings. It’s a story about a family who loves each other but doesn’t always know how to express it.

I thought it was a beautifully uplifting movie. I really liked how there was plenty of tension in the storyline without there being some big grand quest or villain to defeat. In fact, the whole movie pretty much takes place inside one house, albeit a very magical house. Only at parts does the surrounding village appear. Note: The first part of this will be my Fantastic Beasts: Secrets of Dumbledore review with no spoilers. Once you see the heading SPOILERS, stop reading if you don’t want them.  My take I went into seeing the Fantastic Beasts:…